The Fall of the Red Wall

Why did thousands of lifelong Labour voters in the party’s heartland seats abandon the party in the 2019 General Election? Simple explanations like ‘Brexit’ and ‘Corbyn’ dramatically underestimate the importance of longer term trends, and the changing public narrative in these communities. This is the story of one of the most remarkable shifts in British politics. 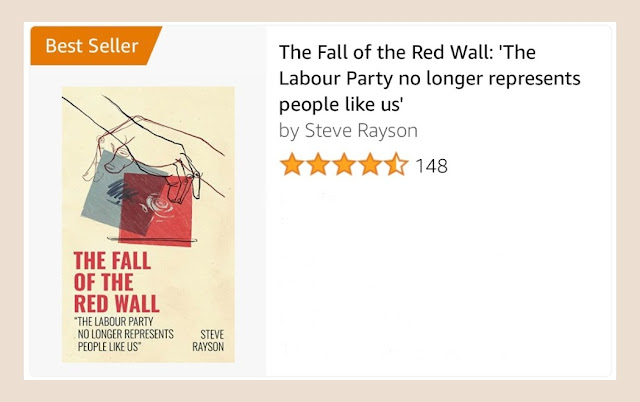 My bestselling book is now available on Kindle and as a paperback on Amazon.

Praise for 'The Fall of the Red Wall'

"This is a superb analysis of the rout of the Labour party in its traditional 'red wall' strongholds at the 2019 General Election. The big question is 'Will Labour listen?' or whether it will continue to wander in the political wilderness of identity politics and the inability to accept that we are leaving the EU."
Paul Laxton
"One of the best reviews of politics I have ever read. This is a fascinating review of a current political issue - the decline in Labour's core vote in many of the traditional heartlands. It was not only a book that I struggled to put down, it was also the first book in many years were I felt obliged to make notes on key points. The style is readable, fact-based and relevant to the position most people beyond the Labour Party, and many people within it, now recognise it is in."
Ian Lewis
"A book that should be read by any political activist, especially a Labour party one. The strength of this book is it's reliance on facts and stats. Assertions are backed up with data and, overwhelmingly, authoritative comment."
Ian James
"This is a great read. From whatever shade of political opinion you belong to you will find this a deeply relevent and well defined exploration of what went right/wrong for both parties on election night. The author, with the forensic skills of a pathologist dissects brilliantly and with clarity the reasons why a whole swathe of long held Labour seats in the Midlands and North turned Tory on the 12th December 2019. He clearly shows using a mountain of well interpreted and presented data that this has been a long time coming. The question can Labour re-capture them? Can the Tories hold on to them? Is addressed - read the book to find out!"