The United Nations latest population projections reveal that the ten countries with the fastest shrinking populations are all in Eastern Europe. Since 1989 there have been some significant falls in population, for example:


Many of these population declines started well before these countries joined the EU but the continued emigration to Western European countries has exacerbated the situation. According to the Economist 700,000 Bulgarians live in other EU countries.

The UN population projections for 2050 and the percentage declines are as follows: 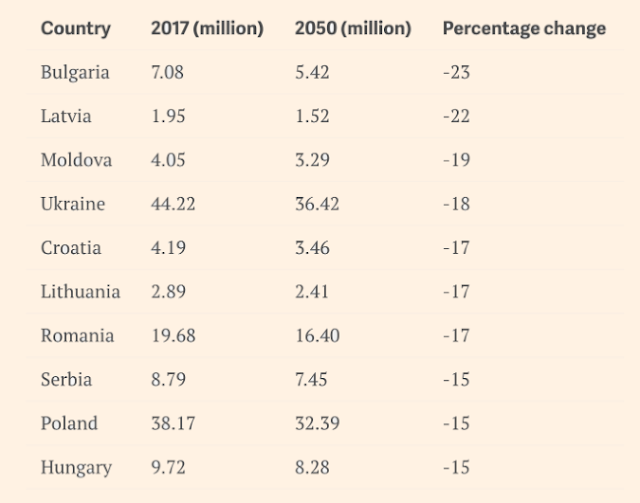