The Age Divide in UK Politics

The latest poll from Suravtion,  the polling company that got closest to the actual UK General Election result, shows just how much the generations are divided when it comes to politics.

The poll, with undecided and refused removed, found the following split in voting intentions by age.

Young people appear to overwhelmingly support Corbyn's Labour. The current economy is clearing failing young people from tuition fees to housing and pensions. The Conservatives only have a majority in the over 55s.

Overall Survation have found growing and steady support for Labour and declining support for the Conservatives. The chart below shows how voting intentions have changed over time according to Survation polls. 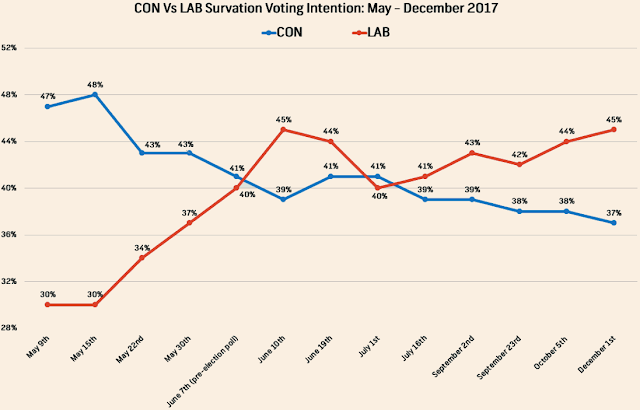