How The World Is Changing

This week I read two articles which outlined very clearly how the shape of the the world is changing. The first was by Martin Wolf in the Financial Times. The article used six charts to show how the developed world was losing out to the developing world. The second was Harvard Business Review's new global digital competitiveness index.

I have set out below just three charts from these articles which demonstrate how the balance of world economic power is changing.

This chart shows changes in the share of global GDP and a forecast to 2022. We can see a steep decline in Europe in particular but also other high income countries. We also see a decline in non-asian developing countries such as Africa. The big growth is China, India and developing asian countries. 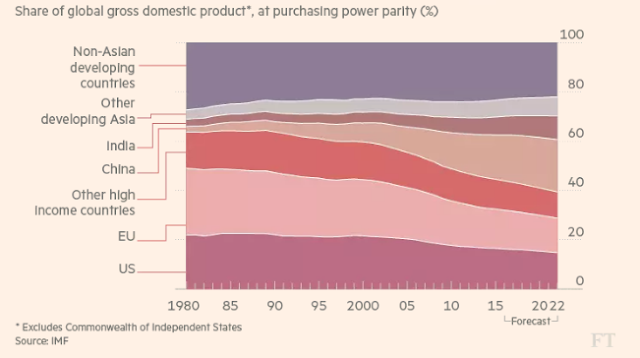 The chart below is Harvard's digital competitiveness index. It plots current digital adoption against the rate of change in digital evolution. The analysis argues that in many European countries, along with Australia and South Korea, there is high digital achievement currently but a low rate of change. These countries face challenges in sustaining growth. 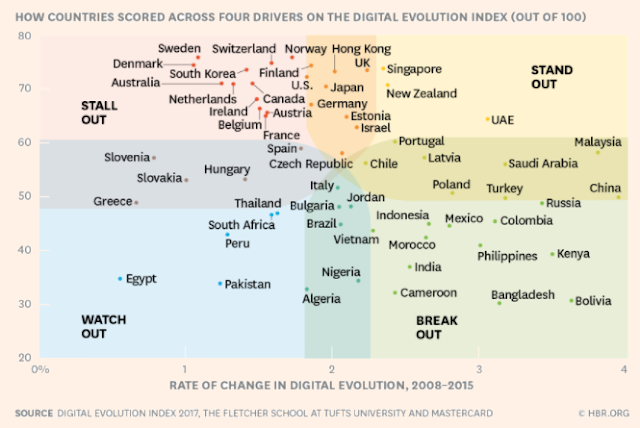 There is significant change taking place in countries such as China, Malaysia and Russia. Amongst current high achievers change is fastest in UAE, New Zealand, Singapore, Israel and the UK.

This next chart shows global population shifts project to 2050. Europe has one of the biggest declines although China is also experiencing a decline. The greatest population growth is in sub-Saharan Africa (more details on Africa's population growth here) where we are also seeing a declining share of global GDP.  If correct this will likely result in further mass migration from Africa to Europe as people seek a better life and as Europe struggles with an ageing population and falling GDP. 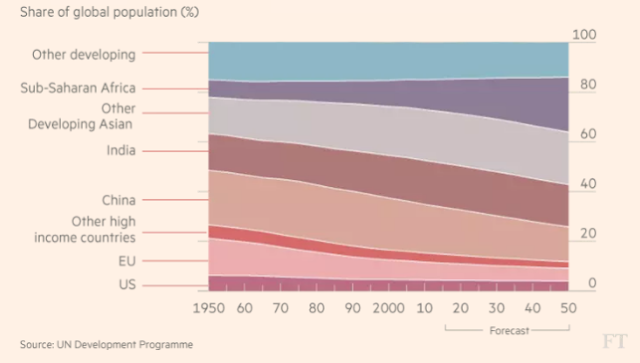