A Decade of Declining Wages

74.8 per cent of all working-age people in the UK are now in work, 31.95m people. Unemployment is just 4.6 per cent, the lowest since 1975. On the surface this might indicate that people are benefiting from the economic growth of recent years. However, employment is no longer a good indicator of prosperity.

According to the Resolution Foundation, the 2010s are on course to be the worst decade for wage growth since 1805.

Employers have ruthlessly squeezed the wages of average workers. Some initially put this down to the financial crash and public sector wage restraint. Others have pointed out to the free movement of people from the EU which effectively provided employers with an abundance of low wage workers from Eastern Europe.

The chart below shows UK average weekly wages from the Office of National Statistics. 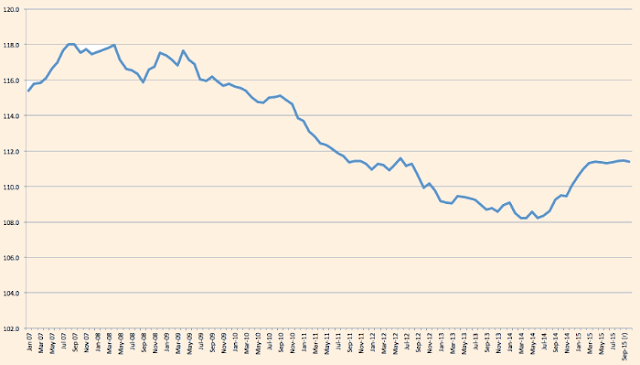 The latest official forecasts suggest that even by 2021 the average worker will still earn less than they did in 2008.

The reality is that employers started squeezing pay before the financial crash particularly in the US and are continuing to do so. The chart below shows US GDP and median household incomes. In essence despite GDP increasing, median incomes have fallen, as the benefits of economic growth are not evenly shared. 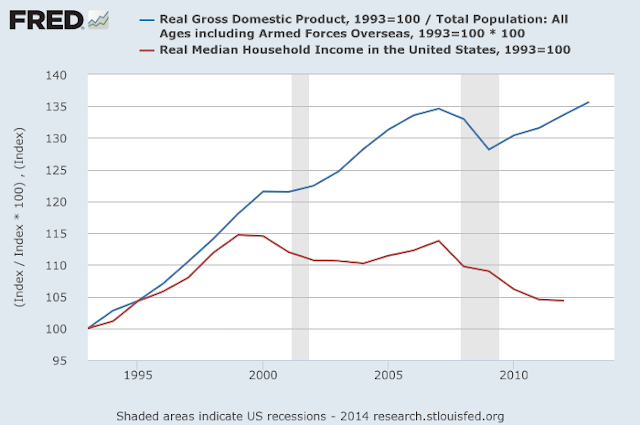 Far from economic wealth being shared equally employers are reducing pay and benefits. Back in the 1960s families were able to live off a single wage, there was relatively secure employment with reasonable pensions. Today wages continue to decline, there is more job insecurity in the gig economy and pension schemes have been cut back significantly.

Economist theories about wages growing as the economy improves are just that, theories. Private sector employers continue to pay low wages despite the fall in the jobless total. An increasing number of workers are negotiating individually without any collective bargaining. Trade union membership fell by more than a quarter of a million last year to 6.2m, the largest fall in more than twenty years. UK employers can tap into a large pool of European unskilled, deunionised, insecure workers.

The Bank of England’s latest forecasts predict that inflation will recede next year and wage growth will strengthen to 3.5 per cent thanks to the tight labour market. However, along with many economists I remain sceptical.