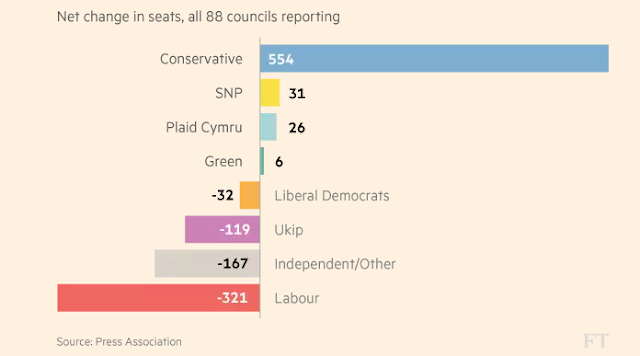 The local election results yesterday show the Conservatives gaining at the expense of UKIP and Labour. UKIP lost every seat they were defending and this looks like the endgame for the party.

The national vote share from the elections shows the Conservatives with a smaller lead than the polls are suggesting and also show the Liberal Democrats as having higher support than the polls suggest despite losing seats. The figures are:

This would still point a Conservative majority of up to 100 seats but not the landslide that the polls are predicting.