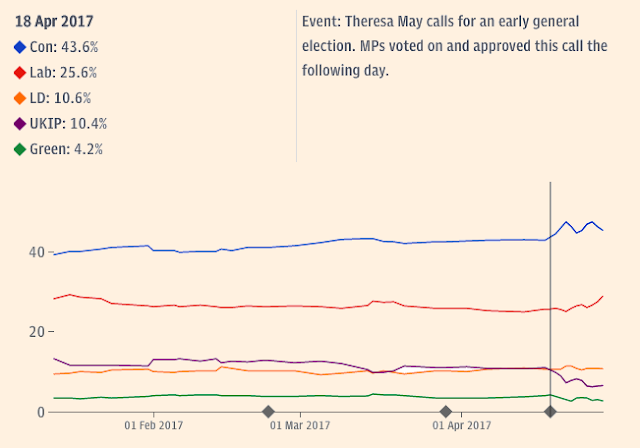 The figures above are from the Daily Telegraph Poll Tracker. What is interesting are the changes since the election was called. Conservative support received an initial bounce but it has fallen back a little since.

Labour may be at historic lows but their support has risen during the campaign so far. By contrast UKIP support has fallen away.

It will be interesting to see what happens over the coming weeks, particularly the impact of the EU's interventions on the Brexit negotiations.