If you are in the UK you may well have come across content from Another Angry Voice run by Thomas G Clark in your Facebook feed. The chart above shows there were over 560,000 likes and shares of the Facebook posts he published in April alone.

Clark's website Another Angry Voice is run on Google's hosted Blogger platform. Anyone can set up such a site. Yet few will rack up over 750,000 shares of their blog posts as he has. Equally anyone can set up a Facebook page but few will gain over 250,000 followers.

BuzzFeed has noted that measured by Facebook shares per article in the first week of the election campaign, Thomas was the most viral political journalist in the entire country reaching millions of people. So how does Thomas achieve his success?

I took a look at both the blog and the Facebook page for some clues as to why the site gained so much traction. 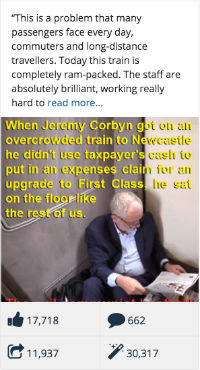 The site is not politically affiliated but strongly pro Jeremy Corbyn which will appeal to the 873,000 people that like Jeremy Corbyn's page on Facebook.

There is no pretence at balance and posts such as the one opposite gained over 30,000 interactions on Facebook.

Other Pro-Corbyn posts include:

Clark's home made images are made for sharing on Facebook. They are not polished and professional but Clark makes his point clearly and crisply. Here are a couple of examples. 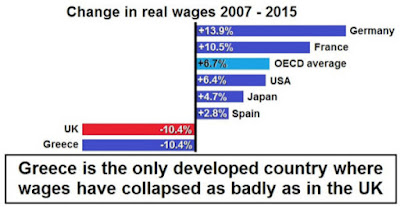 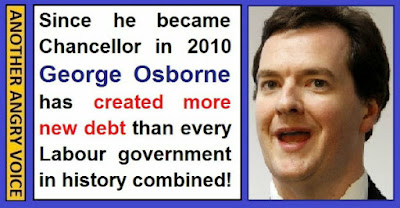 In both cases he gets his point across in a matter of seconds in a way that is memorable. This is important in a sound bite world where the average person spends less than 4 minutes a week thinking about politics.

Clark mixes in a lot of black humour with his posts as we can see from the examples below. 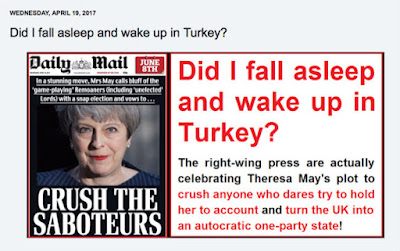 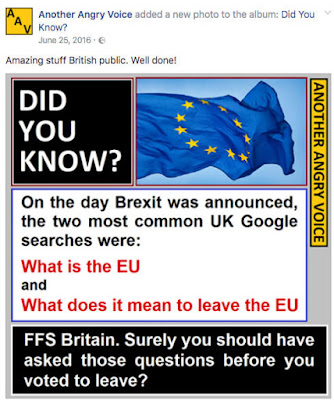 Clark's posts went viral not because he paid for Facebook ads but because his content was inherently shareable.

Clark's posts consistently meet these three criteria with a mix of humour, images and tribal content. So if you want to build an audience you should start creating shareable content.

Below are some of the most shared posts on Clark's website, data from BuzzSumo. Clark's shares overwhelmingly take place on Facebook. They also receive relatively few links, traffic is driven through social sharing.