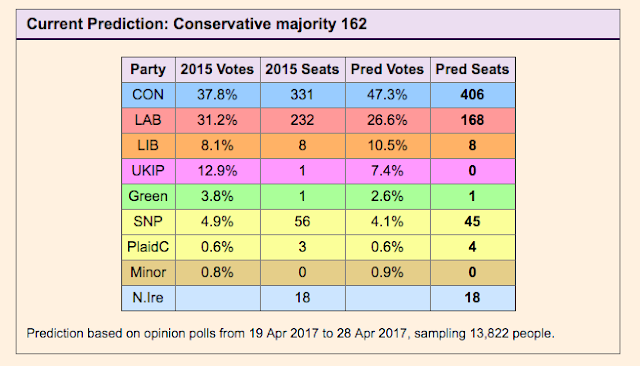 The latest forecast from Electoral Calculus based on opinion polls from 19 to 28 April gives the Conservatives a majority of 162. This is 16 down from the prediction a week earlier.

As we reported on Saturday a progressive alliance based on the 48% that voted Remain may make little headway as research shows that the Conservatives are most likely to gain from Remain voters switching parties.