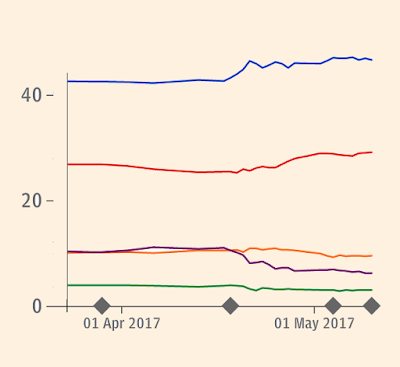 At the 2015 election, Labour under David Miliband took 30.4% of the vote. This time Labour under Jeremy Corbyn has been increasing its share of the vote according to recent polls. This increase has taken place since the election was called and following the first few weeks of the campaign.

The latest weekly poll by Orb in the Sunday Telegraph has figures of:

32% is the highest Labour have achieved so far in the campaign.

If Labour are polling slightly better than Miliband did at the last election you might reasonably ask why the Conservatives are on course for a landslide. The answer is a much improved Conservative vote. Cameron only got 37.8% of the vote last time whereas May is projected to get up to 47-48%.  This appears to be primarily a straight switch from the 12.9% that voted UKIP last time.