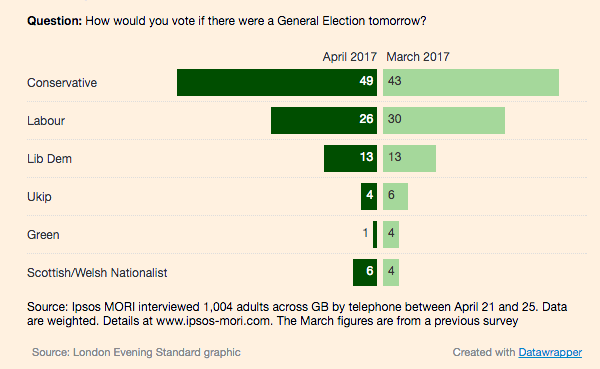 Today's Evening Standard Ipsos Mori poll shows a commanding lead for the Tories. Since the election was called the support for the Conservatives has hardened whilst Labour's has weakened.

When asked who would make the most capable Prime Minister, 61% went for Theresa May compared to 23% for Corbyn. For the record this is the highest MORI have ever recorded, Thatcher was 48% against Foot and Blair 52% against Hague.

Is the real story though the collapse of UKIP who took 3.8m votes at the last election. They got what they wanted in terms of Brexit but do they any longer have a purpose?