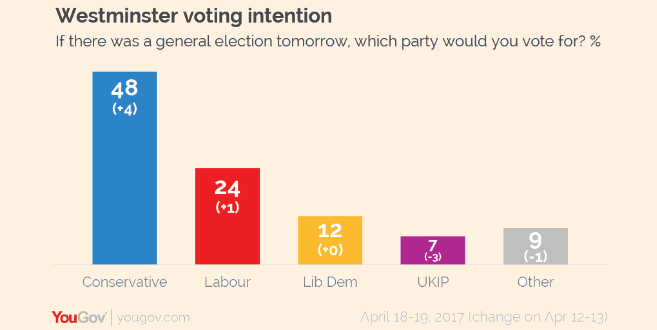 The first YouGov poll since the UK General Election was called shows a significant increase in support for the Conservatives. Up four points to 48%, the highest recorded lead for the Tories since 2008.

The UKIP polling is the lowest since 2013 and a sign perhaps that UKIP will struggle in a post Brexit world.